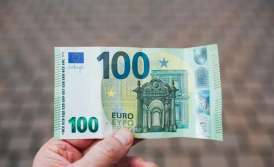 The Cabinet of Ministers of Ukraine registered a bill in the Parliament that is intended to cease total practice of recalculation of “Chernobyl” pensions and other social benefits for pensioners which according to M.Y. Azarov will lead Ukraine to a catastrophe. At the same time the country will be “rescued” not only by means of complication of court procedures regarding new amounts of pensions but also in some cases by means of return of pensions that have already been paid. This material is not a legal advice.

First of all the Code of Administrative Procedure will be amended with new provision according to which cases related to review of pension payments based on petition of a defendant (department of the Pension Fund of Ukraine) will not be a subject to shortened hearing. In this way shortened terms of review will not be applied to pension cases. The second complication of procedure is in the form of obligation for courts to file a decision about opening of proceeding along with a lawsuit and attached documents only by means of registered letter with a notification about the fact that the letter was handed over. Taking into consideration the financial aspect of the issue one can foresee the course of actions: it will be either lasting delivery of such letters by court with constant excuse “Lack of funds” or such delivery will be funded by an interested party. In any case it will result in delays of the proceedings.

Much more significant consequences will be caused by change of procedure of decisions enforcement which have been made within shortened proceeding. The legislator plans to exclude all decisions that are made regarding pension payments, all social payments as well as payments and benefits for children of war (those born during the Second World War) from the list of decisions that are subject to immediate enforcement. On the one hand this is the answer to all those who previously supported the position according to which pension related decisions even at the time were not subject to immediate enforcement or were to be fulfilled only partially in the amount of debt for one month and on the other hand it is an obvious hint that all those who were supposed to receive payments had already received them (it is not a secret that there are plenty of Chernobyl-handicapped persons among public officials).

The most significant amendment deals with enforcement in some categories of cases. Thus, restitution is currently applied to decisions about provision of pension payments only if the “cancelled” decision was based on false information or forged documents submitted by a claimant. When the amendments enter into force restitution will be applied on general basis provided by Article 265 of the Code of Administrative Procedure of Ukraine. In other words if upon review of court decision made by a court of first instance by a court of appeal it is ruled to decrease the amount of reimbursement (and which has already been paid) a pensioner will be obligated to return the exceeding amount that was paid to him.

Ukraine, due to its imperfect legislation and absence of the slightest form of liability of the state in front of socially vulnerable groups of citizens is planning to deal with problem of budget deficit. Manual management of such payments, ignoring of fundamental citizen’s rights and possible attempts of the state to return compensations that have already been paid will without any doubt result in attempts to protect one’s interests in the European Court. Last week the President expressed his concern by a significant amount of appeals to Strasbourg so it will not be any easier for him.

The comment was prepared by law firm “Pravova Dopomoga”.

You may be interested in firm’s service of Registration of a labor union in Ukraine.

The European Court of Human Rights. Service: drafting a complaint and comprehensive protection