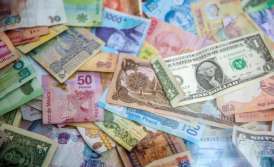 The National Bank of Ukraine has introduced requirements for the mandatory sale of foreign currency that was received from abroad. These requirements apply to both legal entities and individuals but with specific features for each. One of the similarities is that in order to perform such transactions neither one of them will be asked for permission by banks.

The National Bank of Ukraine received instruments of influence on monetary market in the form of right to set requirements for the mandatory sale of foreign currency only on the 17th of November of this year and on the 16th of November (just the day before!) the Board of NBU has issued two resolutions (number 475 and number 476) in which it applied the provided instruments.

The resolution number 475 contains a requirement for the mandatory sale of foreign currency from the first group of the Classifier and Russian rubles in the form of residents’ currency revenue that derived from foreign economic contracts. At the same time the amount of revenue for the mandatory sale is not specified in the resolution. Today it is defined by the NBU’s resolution number 479 which indicates that the amount must be 50% of total revenue.

The obligatory sale procedure sets the deadline of currency’s sale which is the following day after funds transfer to a clearing account and does not require a special authorization from a client.

On the other hand the resolution number 476 sets a requirement for obligatory sale of individuals’ revenues from abroad in foreign currency on the interbank foreign exchange market in case if such revenue exceeds 150,000 UAH in equivalent per month. This provision applies to both residents and non-residents. Requirements for the currency are identical to the resolution number 475 (those from the first group of the Classifier and Russian rubles). The procedure is also performed without an individual’s authorization and not later than the next business day after funds transfer to a clearing account.

Thus NBU made the life of international traders somewhat more complicated, at least until the 19thof May, 2013.  They’ll have to calculate risks and losses from exchange rates differences, perhaps even correcting the existing contracts. Non-residents should also take into consideration possible losses that may occur from the obligatory sale of foreign currency while transferring large sums into Ukraine during the next six months. 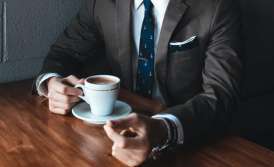