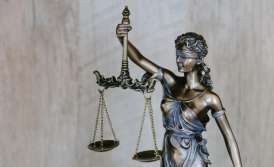 Establishment of business is impossible without detailed analysis of prospect risks. At the first place, these are the risks directly connected with commercial activity, notably: from selection of a field of activity to understanding the legal regulation of economic activity. However, those risks connected with a search for legal methods of protection of infringed rights deserve greater or equal attention.

Taking into consideration the mediation’s nascent stage of development in Ukraine, it is, therefore, obvious that in most of the cases just a judicial protection would constitute an effective method for recovery of rights. Since the arbitration in Ukraine operates according to the general trends of the world arbitration, the national judicial system has a range of special features, which non-residents should acquaint with as early as on the stage of assessment of risks of conduction of business in Ukraine. At the same time, in this article we will draw attention, in the first place, on commercial relations with Ukrainian counteragents as one of the most popular fields of economical activity.

The parties to legal relations at the time of conclusion of an agreement (a contract) shall add therein a clause regarding a judicial authority competent to adjudicate upon disputes arising out of such a contract, and, moreover, as relates to procedural and substantive law, applied to regulation of arising relations. However, vagueness of formulation, mistakes in the name of judicial authority or default of such a clause at all leads to selection of a competent court already on the stage of a ‘mature’ dispute.

The legislation of Ukraine provides a right of an economic entity, regardless of a country of residence, to take legal action to commercial court in order to defend its right and interests protected by law.

According to the general rule, disputes arising out conclusion, change and rescission of economic contracts, nullification thereof, – shall be adjudicated by commercial courts in the place of location of a party obliged according to a contract to implement in favor of the other party the following actions, notably to transfer assets, to perform work, to provide services, to pay etc. Disputes arising out of performance of economic contracts and other grounds and, moreover, disputes on invalidation of acts shall be adjudicated by commercial court at the place of defendant’s location.

At the same time, commercial court will be ruled by the procedural law of Ukraine and as relates to substantive law, the legislation concedes that commercial court, in cases provided by the law or international contract, shall apply legal norms of other countries. Thus, provided that a contract does not include a clause on applicable law and actions of the parties to a contract, conditions thereof and circumstances of the case which have to be considered in its aggregate do not stipulate the applicable law, the court, therefore, will be ruled by the conflict rules according to the order of the legislation of Ukraine.

Therefore, it is absolutely possible that Ukrainian commercial court adjudicating upon a dispute arising out a purchase-and-sale contract would apply the law of a seller – non-resident (a supplier) provided the contract does not explicitly stipulate the applicable law. Such a situation can both help (a non-resident better orientates in the law of his/her country) and harm (duration of judicial procedure, where the law of a foreign country is applied, could considerably increase).

A thorough preparation to a proceeding is a prerequisite to a quick trial.

Starting from the year 2003 Ukraine is the Contracting party to the Hague Convention Abolishing the Requirement of Legalisation for Foreign Public Documents. Therefore, the only formality that may be required in order to certify the authenticity of the signature, the capacity in which the person signing the document has acted and, where appropriate, the identity of the seal or stamp which it bears, is the addition of the certificate with the title ‘Apostille’, issued by the competent authority of the Contracting state from where the document was issued.

Apart from verifying the legality of documents, the courts of Ukraine pay special attention to validity of a power of attorney in the name of a representative pleading a case. Besides the Apostille, the competence of the officer who signed the power of attorney, notably its authorities, provisions of statutory documents thereof etc, - shall be subject to verification.

Documents made in foreign language shall be subject to translation into Ukrainian and certification of the official translation by the signature of translator.

Submission of a legal action to the court shall be subject to the official payment, namely the Court fee. Before in cases on collection of funds in foreign currency it was allowed to pay the fee according to the currency of a legal action; nowadays the fee shall be paid in UAH: “The Court fee for submission of a legal action where the amount in dispute is calculated in foreign currency shall be paid in UAH according to the official UAH currency rate to foreign currency, established by the National Bank of Ukraine on the payment day”. The Court fee in property disputes amounts to 2 per cent of the amount in dispute, but not less than UAH 1 610.00 (approximately USD 200.00), and not more than UAH 64 380.00 (approximately USD 8 050.00).

2. Enforcement of a judgment is a process, more important than judicial

The court adjudicating a case in primary jurisdiction shall decide upon the issues connected with enforcement of the judgment. Should the court judgment come into effect, the person, in whose favor the judgment is passed, shall obtain an enforcement document (a writ or an order of execution) by filing an application.

Coercive enforcement of judgments is conducted by the State Enforcement Service on the basis of enforcement documents and regulated by the Law of Ukraine on Execution Procedure.

Enforcement in Ukraine of court judgments obtained abroad is also guaranteed. Our country is the Contracting party to a range of international agreements regulating recognition and enforcement of such judgments. They include the Convention on the Recognition and Enforcement of Foreign Arbitral Awards of the 10th of July 1958, the Minsk Convention on Legal Assistance and Conflicts of Law in Matters of Civil, family and Criminal Law of the 22nd of January 1993, the Treaty of the Union of Independent State on Disputes Resolution Procedure in Matters of Economic Activity of 20th of March 1992.

There are procedural norms in the national legislation concerning the abovementioned issue. Thus, according to the Civil Procedural Code of Ukraine, foreign court judgments (the court of foreign country; other competent authorities of foreign countries empowered to decide upon cases in civil or commercial matters; foreign or international arbitrations) shall be recognized and enforced in Ukraine should their recognition and enforcement be stipulated by international agreements whose binding nature is consented by the Parliament of Ukraine, or according to the reciprocity principle.

The judgment of a foreign court can be presented for coercive enforcement in Ukraine during three years from the day when it comes into legal effect. At the same time, not long ago the term for presenting enforcement documents was reduced to one year.

The court, at the place of residence (stay) or location of a debtor (in some cases – location in Ukraine of debtor’s property), shall decide upon issuance of consent to coercively enforce the judgment of a foreign court.

Summarizing it should be noted that, the court trial in each case is unique since Ukraine, as the majority of European countries, belongs to the continental legal system. Therefore, the role of normative legal act is considerably greater than of the judicial precedent. Apart from that, the judges are entitled to adjudicate a case according to their moral certainty, what makes a basis for judicial precedents diversity.

In general, characteristic features of the court trial include frequent infringements of procedural terms, over formalized approach to adjudicate a case due to judges overwork, substantial role of recommendation letters of high jurisdiction courts; delays in judgment enforcement process etc.