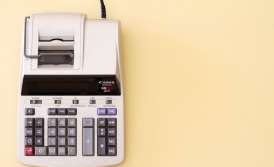 As of today financial support of servicemen gradually increases though enlargement of monthly bonuses. In accordance with legislation the pension of person dismissed from armed forces is to be enlarged proportionally with increase of material support. However the Pension Fund of Ukraine is not in a hurry to recalculate pensions motivating its actions by the fact that increase of bonuses for servicemen based on orders of state body head is not a ground for pension recalculation. And this has become a mass problem.

Thus, the Law defined that one of grounds for recalculation of pensions for persons dismissed from military service is change of financial support amount.

The Cabinet of Ministers does not make any decisions on increase of bonus amount (motivating it by the fact that even though heads of state bodies make orders to enlarge bonuses they do not provide them for registration by the Ministry of Justice (explaining it by the fact that orders have nothing to do with citizens rights)). As the result orders cannot be enforced since they cannot be considered legal regulations without registration.

Appeals against such denials do not always have any effect. However the wider such practice is the more attention of courts will be paid to examination of the issue: along with negative court decisions there are some positive ones. Based on decisions of the District administrative court of Kiev number 9/97 and 9/78 the claims about recalculation of pensions based on actual enlargement of bonuses for servicemen were satisfied and decision number 2/65 dated 24.06.2010 in a similar case was negative.

As the conclusion it should be pointed out that as of today the only real method for pensioners to have their pensions recalculated is litigation. Judicial practice on these issues is not extensive but presence of positive decisions allows us to say that grounds for recalculation are not unfounded. We shouldn’t forget that “a water drop can destroy a rock” and the more drops there are (which in our case are represented by claims for pension recalculation) the more chances there will be that courts will form a permanent practice recognizing such claims as lawful. 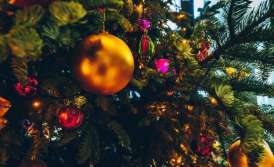 How to organize a New Year's fair in Ukraine? Legal aspects