Termination of a loan agreement in Ukraine: a court decision is not the end 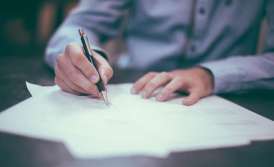 Many of those who felt a “loan burden” on themselves are even ready to lose the collateral in order to get rid of their debts. And this is despite the fact that the obligation is partially fulfilled with a significant amount of money. They see their release in the form of court decision with a persuasion to early repayment of loan and defining total amount of debt. However court decision does not always solves the issue: a request about early repayment of loan is not identical to termination of loan contract.

Judicial practice related to credit issues is indeed multifaceted. Higher court instances have already issued a great many of generalizations and recommendations but even they cannot serve as a guaranty of unanimity of lower courts decisions. Issues related to termination of loan contract in case when a creditor demands early repayment of loan are not unanimous as well. Many judges mistakenly equate claims about early repayment of loan and claims about termination of contract.

In 2010 the Supreme Court of Ukraine in its letter called “Generalization of practice related to civil proceedings which result from loan legal relations” pointed out that early award regarding enforcement of the main obligation in kind does not result in termination of contract and allows to recover percentage, penalties and damages as well as other penalties stipulated by the contract until the day of actual (complete) repayment.

Filing a petition with a request about early repayment of all amounts stipulated by a loan contract that is based on contract’s terms infringement does not mean unilateral refusal to fulfill the contract but it is rather the result of non-fulfillment or improper fulfillment of contractual obligations by a debtor. It is a form of civil liability of a debtor.

Later on if the court decision is not fulfilled a creditor is entitled to recover amounts of money that are provided by Section 2 of Article 625 of the Civil Code of Ukraine since obligation relations are being continued. Article 599 of the Civil Code provides that obligations are terminated upon their fulfillment that is duly performed (it cannot be based on court decision).

It worth mentioning that presence of enforcement inscription along with absence of actual fulfillment of obligation by a debtor (voluntary or coercive) does not mean termination of contractual relations between parties. Thus an enforcement inscription by itself that was enforced untimely does not terminate contractual relations between parties of contract and a debtor can still face liability for non-fulfillment of financial obligation. It also allows a creditor to recover loan interest and penalties for untimely repayment of loan.

Position of courts regarding Section 2 of Article 625 of the Civil Code of Ukraine is based on the fact that inflation related accruals to debt amount for violation of financial obligation in national currency and 3 annual percents of overdue amount are actually a form of reimbursement for creditor’s expenses related to depreciation of funds based on inflation processes. They are also a form of compensation (payment) made by a debtor for unlawful use of non-repaid money and are subject to payment to a creditor. Based on this court decisions usually provide imposition of the mentioned penalties despite payment of overdue payment interest for non-fulfillment or improper fulfillment of obligation.

Thus debtors that are facing loan burden problems must understand clearly that court decision will not end their troubles. Judicial practice shows that even if the “final” amount of debt is defined but an issue of loan contract termination is not solved then it is possible that a debtor will be imposed with penalties, additional 3% of yearly rate and inflation losses. In other words the amount of obligations can grow until completed fulfillment. In this regard even if a debtor decides to give up his collateral he will still need to obtain a decision which proves the fact of termination of obligation rather than just simply the amount of debt.