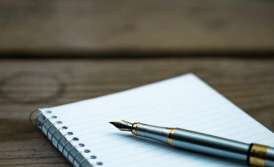 When undergoing enforcement proceedings Clients of law firm “Pravova Dopomoga” often face difficulties related to inability of debtor to fulfill his obligations that are supported by court decisions. Sometimes there are people who are eager to help such debtors and want to fulfill the obligation instead of the debtor. But how should one formalize these legal relations in the way that will be most beneficial for the collector? We prepared a legal advice on this matter.

The most simple and obvious way is to enter into agreement of debt transfer from the original debtor to the new one. Article 520 of the Civil Code of Ukraine serves as a legal ground for such agreement and allows to transfer debt from one debtor to another based on creditor’s consent. At the same time the legislation does not provide any prohibitions regarding entry into such agreement at the stage of enforcement proceeding.

Moreover it is actually contractual obligation rather than the court’s decision which serves as a ground for fulfillment of obligations by the debtor. Many court decisions about collection of inflation losses and 3% of annual penalties for overdue fulfillment of obligations set by court decisions are based on the principle that court’s decision does not terminate contractual relations between parties (exemplified by the Resolution of the Supreme Court of Ukraine number 3-57gs10 dated 20.12.2010). And if the obligations keep existing then the parties can alter them personally. This includes transfer of debt.

As confirmed by judicial practice (Resolutions of the High Commercial Court of Ukraine number 31/152-09 dated 22.02.2011, number 1 / 36 dated 18.03.2009 and number 1 / 248 dated 24.03.2009) transfer of debt at the stage of enforcement proceedings gives rise to legal succession within enforcement proceedings. So if such agreement is entered into an interested party based on Section 5 of Article 8 of the Law “On enforcement proceedings” is entitled to file a petition to court about substitution of a party by its successor. The successor is obligated to comply with all actions that have been performed prior to the substitution to the extent that was obligatory for a party that was substituted.

But such approach has it disadvantages and the main one is loss of legal connection with the original debtor. Collector will not be able to file any claims regarding the latter (except for those that are related to fulfillment of debt obligation transfer agreement). The entire liability for the fulfillment of obligation will be borne by the new debtor.

Fulfillment of obligation by the third party can become an alternative option as it is provided by Article 528 of the Civil Code of Ukraine. Such legal relations do not require documentary formalization since the third party which fulfills obligations to a creditor obtains all his rights in accordance with Section 1 of Article 512 of the Civil Code of Ukraine. However in any case transfer of rights to a third party is confirmed by a receipt about payment of debt instead of a debtor (Subsection 13 of the review letter of the High Administrative Court of Ukraine number 7/9/1/13-08 dated 09.01.2008).

From the perspective of collector the advantage of such method of debt obligation fulfillment is the fact that a debtor regarding which a court decision was made will remain obligated to the creditor in case if the third party fails to fulfill or fulfills it not completely. Additionally it is not required to file any claims to court since legal succession will be absent. As disadvantage of this method one may see inability to make the third party liable (file a lawsuit against it) for improper fulfillment of debtor’s obligation. Article 618 of the Civil Code provides that the debtor is liable for actions of the third party.

Finally the third way is represented by an agreement of debt obligation acceptance by one more debtor. Entry into such agreement is not provided by the Civil Code of Ukraine but it is quite possible based on the right provided by Article 6 of the Civil Code of Ukraine which allows parties to enter into agreements that are not provided by civil regulatory acts. Entry in such agreement results in appearance of another debtor that has equal obligations with the one regarding which the court made its decision.

An advantage of this method is the fact that a creditor can collect the debt from either the original debtor or from the one which accepted the obligation. But while it is possible to collect debt from the original debtor based on court’s decision in the form of enforcement proceedings, the new debtor will require filing of a different lawsuit against him that is based on agreement of debt obligation acceptance by another debtor.

This material was prepared by law firm “Pravova Dopomoga”