The right to recall consent for consumer loan in Ukraine 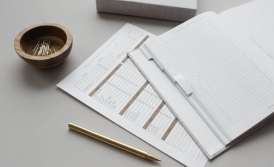 If original of consumer loan contract has not been received, the consent for it can be recalled at any moment


If a borrower did not receive original of consumer loan contract or if a bank does not have evidence that such original was received he can recall his consent for such agreement without any explanations at any moment until the contract is received or within 14 days after it. We prepared a legal advice regarding this issue.

The thing is that in accordance with Section 6 of Article 11 of the Law “On consumers’ rights protection” a consumer is entitled to recall his consent for entry into loan contract without any explanations within 14 calendar days. This term starts since the moment when a consumer received a duplicate of the contract that was entered into.

But since when is it possible to recall one’s consent?

If one considers that right to recall consent appears since the moment of entry into contract then a borrower that did not receive original of consumer loan contract can withdraw consent at any moment until it is provided to him or within 14 days after it.

By following such an approach a borrower can insist that he does not have such original and therefore use his right to recall consent even if he did get the original of loan contract but signature and date of such receiving is absent. Because in accordance with Section 4 of Article 11 of the Law “On consumers’ rights protection” a creditor is obligated to prove that one of contract’s originals was handed to the consumer.

But if one considers that right to recall consent appears since the moment when the original is handed to a consumer, it is basically a “time bomb” for the bank. It would be enough for a client to receive his original (obligation of its provision is stated in Section 4 of Article 11 of the Law “On consumers’ rights protection”) for example though court in order to use his right.

At the same time the fact that a borrower has already been using the loan, made payments, etc. cannot become an obstacle for fulfillment of such right. This is due to the fact that such right is related not to entry into agreement or its validity but its fulfillment. Such position is upheld by the decision of the Constitutional Court of Ukraine number 1-26/2011 dated 10.11.2011 in which the court pointed out that the right to recall consent for entry into agreement can be used only in the process of its fulfillment.

But a borrower should provide personally (via representative) or send by mail a written notification to his creditor about withdrawal of consent in order to use this right. Also he or she must simultaneously return money or goods that were obtained under contract to the creditor.

The creditor can obstruct fulfillment of this right if he can prove the very fact that original of consumer loan contract was handed to the borrower and that the 14 days term has already passed since the moment of provision. This can be evidenced for instance by signature of the borrower on a duplicate of a contract that was left with the creditor. Besides the dispute on whether the borrower has/does not have a duplicate of the contract can quite possibly be settled in court.

If the creditor in court fails to provide such evidence and/or he is not able to prove the fact that original of the contract was handed to the borrower, the loan contract will be considered terminated. In such case Section 6 of Article 11 of the Law “On consumers’ rights protection provides that the borrower will have to pay only interest for the period between the moment when money was obtained and moment of their return in compliance with the rate stipulated by the contract.”

However the courts are still to answer the question whether borrowers will be able to have use of the described right and what consequences it will cause. For the time being we can see such provisions in the legislation. Also we would like to warn that the right to recall consent cannot be applied to mortgage loans, loans for purchase of home and loans for services, the fulfillment of which was completed prior the end of term for consent withdrawal.

This material was prepared by Kiev law office “Pravova Dopomoga”