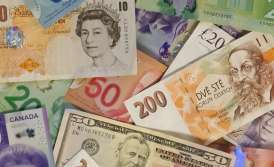 On the 16th of October the Law “On amendments to some regulatory acts of Ukraine related to regulation of relations between creditors and consumers of financial services” entered into force and among other things extended limits of freedom of actions for those who enter into loan contracts by allowing to set not only the fixed interest rate but also to change interest rate stipulated by a contract. In order for one not to swallow the bait of some unfair banks which can use this provision in contradiction to the law we prepared this material. It is not a comprehensive legal advice.

Lucky for borrowers, this law is not applied to loan contracts entered into prior to 16.10.2011. And therefore in accordance with Article 1056-1 of the Civil Code of Ukraine it is prohibited for banks and other financial institutions to change the amount of interest rate unilaterally for the contracts entered into prior to this date. After the 10th of February 2010 (the date when the mentioned provision of Article 1056-1 of the Civil Code of Ukraine entered into force) any actions of banks related to change of interest rate despite the fact when a loan contract was entered into (before 10.02.2010 or after) are considered illegal and therefore can be recognized as void contracts in court.

New borrowers should be more cautious. One should pay attention not only to the amount of interest rate but also to its type. Fixed rate is unchangeable and cannot be increased by the bank unilaterally. Floating rate allows creditor to change interest rate in compliance with terms set by loan agreement. Thus, low initial amount of floating interest rate can be compensated by further increases.

But if the floating interest rate is suitable for you then you should remember that after the rate is set the creditor is able not only to increase its amount personally but is also obligated to decrease it when conditions stipulated by a contract appear. Besides it is not allowed for a maximal amount of increase of interest rate to be exceeded. It must be stipulated by the contract.

If a creditor does not decrease the interest rate in contradiction with the provisions of a contract or the upper limit of it is exceeded a borrower will be able to reimburse losses caused by these actions/inactivity of a bank in court (in the amount of exceeded interest rate) or terminate the contract (if the court considers such violation of obligation as an important one). Absence of limiting amount of the interest rate serves as a ground for recognition of a loan contract as such that was not entered into since in accordance with Section 6 of Article 1056-1 of the Civil Code of Ukraine such provision is a material term of loan contract with a floating interest rate. And a contract that does not include all the material terms is considered as such that was not entered into.

A creditor has a responsibility to inform a borrower, guarantor and other persons obligated under contract about change of the interest rate not later than 15 calendar days prior to the date since which the new rate will be applied. If not in compliance with the procedure actions of bank related to unilateral change of interest rate can be recognized as void.

Finally when analyzing a contract one should pay attention to the procedure of calculation of floating interest rate. It must allow to define the amount of loan interest rate precisely at any time and depend on index mutually agreed on by the parties. This index in turn must be in compliance with a number of regulatory requirements: current value of the index must be published in mass media periodically, not less than once per month; the index must be based on objective indicators of the financial field; value of the index must be set by an independent establishment with a business reputation that is recognized on the market of financial services. At the same time the creditor cannot change the procedure of floating interest rate calculation without consent of the borrower.

This material was prepared by law firm “Pravova Dopomoga”.