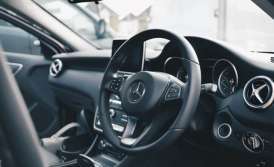 At the beginning of 2011 our firm was addressed by a Client whose vehicle had been seized under the protocol of property description and seizure within enforcement proceedings. This personal property had been provided for storage in organization which sells seized property at public auctions. Client’s main requirement was to regain the vehicle ownership.

This rule is imperative and does not allow extended interpretation. In Client’s case the descried grounds for collection of property under lien were absent. Thus, seizure of the vehicle was illegal. Client personally (prior addressing to our firm) lodged a complaint against actions of state enforcer but it was rejected.

In this regard our lawyers completed legal analysis of the situation and developed a mechanism of property return.

The next important stage was securing of maximally fast enforcement of court decision. At this stage we could face difficulties related to delaying of vehicle return process which could be caused by the following factors:

Thus, return of the car could be delayed for a long time due to actions of enforcement service and representatives of trade organization. We managed to avoid delay of the process of vehicle actual return by developing appropriate position while communicating with the enforcement service and representatives of organization which sells seized property.

Thus, we helped the Client to achieve revocation of unlawful car seizure and actually returned it within shortest possible term.