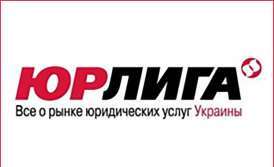 The comments were used in material of “Act of the week”: new informational letters of courts. The material is available on website of the portal under the link - http://jurliga.ligazakon.ua/news/2013/1/30/82547.htm.

Appearance of the Higher Administrative Court of Ukraine letter number 28 dated 09.01.2013 is not accidental and is very relevant. Clarifications contained in this letter about stipulations of article 265 of the Code of Administrative Legal Proceedings of Ukraine application appeared as the result of increased activity on the side of persons whose court decisions ruled after August- September of 2011 were not executed.

Main groups of such persons consist of people who were affected by Chernobyl disaster, “children of war” (people who were born during the Second World War), disabled people who could obtain court decisions about compensations of non-received social benefits quite fast due to implementation of shortened administrative proceeding in mid-2010. As it turned out there were more problems with execution of such decisions even despite the fact that this type of disputes requires immediate execution. And while the state budget could make it through the first half of 2011 ever since August there appeared troubles with further stop of payments after November of 2011

It worth mentioning that formally the decisions were actually enforced. The Pension Fund did transfer money to accounts of claimants. But it did not actually pay the money. Such actions were required to make reports for the State Enforcement Service of Ukraine that the decisions were executed and the proceeding could be closed. And this is exactly what State Enforcement Service did.

It is obvious that such fake enforcement was not acceptable for persons who proved their position is court. But actually transfer of virtual money to their accounts did calm them a bit. As it turned out such calmness was quite handy for the authorities since the right for complaint against actions or inactivity of defendant related to enforcement of court decisions under article 267 of the Code of Administrative Legal Proceedings of Ukraine can be used within 10 days from the moment when a claimant found out about such decision not being enforced.

In this situation many paid their attention to the possibility to demand a report of court decision being enforced as the only mechanism stipulated in the Code of Administrative Legal Proceedings of Ukraine and could be used to deal with the problem. As mentioned above the clarification of the HACU appeared soon. Foreseeing the huge amount of claims and another line of look-alike court cases, HACU decided to leave these initiatives futile. The reasoning is actually quite clear and understandable. Pointing out that when making a decision a judge is entitled to set the term for an authority to provide a report on decision being enforced, the HACU refers to article 163 of the Code of Administrative Legal Proceedings of Ukraine. Indeed it stipulates that the resolutive part of the decision contains such a term. However the article does not stipulate obligatory elements of the resolution since it would be hard to imagine that a resolution does not include name of the court that made a decision or conclusion of court about claims. So why does the HACU in its clarification explain that term for report provision is an optional requirement?

Despite the fact that such conclusion can be made based on article 267 there is a more obvious answer. Explanation presented by the HACU is more advantageous for authorities at the moment since neither of previously made decisions contains requirements for reports provision. Thus the claimants have nothing else but to believe in good will of the authorities who may enforce thousands of court decisions. The legal tools were taken away by those in power.”

The comment is related to Litigation practice and firm’s project “Protection of low-income and socially vulnerable groups”.