Strange as it may seem, but after you have spent so much efforts on solving your problems in court, you may face a situation when it is necessary to correct the already prepared court’s order.

For example, when you take a court’s order in the  hearing room, you can see that it doesn’t specify the critical information. The question arises, What to do next? Where to go? How to correct a situation that may directly affect your personal and property rights?

Today we will talk about such a case from our practice and about whether it is possible to change a ready-made court’s order.

Related article: Successfully Appealed Against Notary’s Writ Of Execution And Returned Vehicle To Its Owner

What does it mean to make changes to a court’s order?

Many people confuse the need for making changes ( certain information) to a court’s order with the change of a court’s order through appeal or cassation. These are absolutely different things.

Appeal and cassation means challenging an already issued order, rather than changing its text.

Making changes to the text of the court’s order is a process that allows to correct its text, without affecting the result itself and the essence of the court’s decision.

Related article: Our Lawyers Helped A Client With Litigation That Was Initiated By His In-House Counsel

What can an error in a court’s order affect?

We were contacted by the Client with a court’s order which did not specify how and where it could be executed.

The Client tried to apply for execution to a notary, but the court’s order without the mentioned methods of execution did not meet the requirements. The notary just did not want to take on such a case.

It should be noted that the decision of the Client’s case significantly affected his property rights, so it was necessary to quickly and effectively solve the problem.

Where should you apply for correcting an error or adding information to a court’ order?

Of course, to the court, as it was the court that had issued the order and was responsible for its correctness.

It is important to remember that in the case, for example, of a mistake in a court’s order, the court may notice the error itself and correct it. The court issues an order to correct the error, which is sent to the parties of the case.

What is the procedure for amending the court’s order

You can’t get a new court’s order. The order is already issued and entered into the database, and it is necessary to solve the problem not only with the order itself, but with the execution/correction of the text error.

You may use the following options for solving the problem:

All options involve the submission of an application, which shall be considered within 10 days.

Related article: Court Fees In Commercial Dispute Resolution In Ukraine: How Not To Overpay?

The difference between these types of solutions will be discussed below.

Additional order or explanation of the court’s order?

Which option is better to choose and when?

An additional court’s order can be obtained in the following cases:

We had a case when a company delivered goods to its counterparty and according to the agreement, it should be paid only after receiving the tax invoice. At that time, the tax system was undergoing changes and the tax invoices were simply not issued. The counterparty used the situation for not paying the money.

After consideration of the case, the court ordered the tax invoice to be issued without understanding the new internal regulations of the tax authorities and without finding out whether such document exists.

In order for the situation to be resolved in favor of the Client, it was necessary to obtain a special explanation of the situation in the tax office. And then we had to apply to the court for an additional court’s order on the change of the way of execution.

That is, you can apply for an additional court’s order if the subject of your appeal to the court is not mentioned in the order, and for explanation - if the decision of your issue is specified in the court’s order, but is not described in a  clear or accurate manner.

What happens if you make the wrong application?

For example, if your claim in the lawsuit, roughly speaking, was ignored and nothing is written about it, and you ask for clarification of the court’s order, you just get a literal explanation of the text of the ready document. No further changes will be made. Therefore, it is important to immediately understand what to ask the court in your situation - an explanation or additional order.

Of course, the judge may not agree with the applicant that he/she is wrong or has made an error. You should precisely specify why this or that requirement is really important, why the decision of a certain issue affects your property or non-property rights, interests, and accordingly to indicate why the current situation with an inaccurately made court’s order violates these rights. This task is better to entrust to a qualified lawyer with relevant experience.

Do I have to pay a court fee for this procedure?

No, there’s no court fee for filing such applications.

How to avoid such problems with the court’s order?

There are a few tips to help you avoid problems with the court’s order:

For example, if you do not go to court, delay the moment, the judge who handled your case may resign, the legislation may be amended, etc. As a result, your case may be considered for a long time or even refused.

Though the procedure may seem to be quite simply - Claim → Result, a positive outcome of the case is possible only if you know perfectly all the nuances of the court practice and executive services practice, as well as current legislation.

If you want to be sure of the positive result of the court consideration of your case or you need help in correcting the error in the court’s order, don’t hesitate to call us! 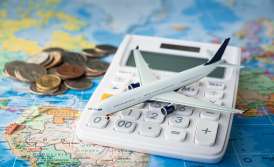 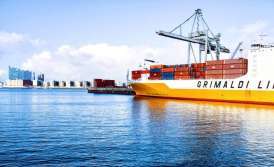