Refusal of B1/B2 type visa to the United States for Ukrainian citizen: why can the entry be denied? 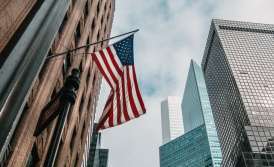 We have many times received requests from Ukrainian citizens who wanted to apply for a B1/B2 type visa to the United States, but their visa applications were denied again and again or they were afraid to get a refusal.

Since our company provides services associated with the support of obtaining an American visa, we decided to shed light on the main question:

Under the US law, visa applicants are required to have an interview with an Embassy officer.


The applicant provides all the necessary information, the diplomatic institution considers it and confirms or rejects the application in the manner prescribed by the American laws.

As of 2019, according to statistics, 60% of applicants are denied an American visa.

Reasons for refusal of an American B1 / B2 type visa

In case of refusal to grant a B1 / B2 type visa, in most cases the applicant is notified according to what article of the immigration law they were denied a visa.

There is also a standard wording for the so-called formal reason for refusal.

Related article: Our lawyers helped a US citizen with his family to settle in Ukraine for conducting charitable activities

Unfortunately, even knowing the full list of possible reasons for refusal, it is extremely difficult to prepare yourself for an interview at the Embassy and the process of applying for a US visa.

Moreover, it is a risky thing. Indeed, one of the reasons for the refusal is the prior refusal and the mistakes you did not learn from the first time.

In this regard, a reasonable step would be to seek help from a qualified professional who can:

The cost of an American visa application with our company is $ 300 for a full package of services and $ 100 for each individual service if you need help at any particular stage of preparation.

If you want to know more about the process of obtaining an American visa for Ukrainian citizens in 2019 or to order a service, give us a call!