Comment of lawyer about the fine for misleading drug advertising 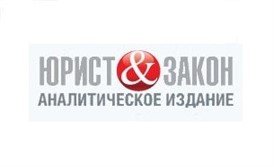 Analytical periodical “LAWYER AND LAW” asked law firm “Pravova Dopomoga” to provide some explanations regarding the essence of dispute between the State Inspection of Ukraine on Consumer Protection and Private joint-stock company “Pharmaceutical firm “Darnytsya”.

Unabridged text of the article is available below (translation):

On the 6th of June 2013 the Kiev Administrative Court of Appeal recognized as lawful the fine (more than 16 million UAH) that had beeb imposed by the State Inspection of Ukraine on Consumer Protection on the Private joint-stock company “Pharmaceutical firm “Darnytsya”. This information was provided by law firm “Pravova Dopomoga” which represented the State Inspection of Ukraine on Consumer Protection in court. “LAWYER AND LAW” asked for some clarifications regarding the essence of the dispute, since imposition of such a large fine for deceptive advertising is unprecedented for Ukraine.

So, according to the information provided by law firm “Pravova Dopomoga” the State Inspection of Ukraine on Consumer Protection penalized the Private joint-stock company “Pharmaceutical firm “Darnytsya” by means of a fine which exceeds 16 million UAH on the 4th of December 2012. The amount of fine is unprecedented for the field. Such sanction was implemented for advertising of a drug called “Miramistin” which violated the legislation in the field of advertising.

According to representatives of law firm “Pravova Dopomoga” it is important that the commercial informed the drug “Miramistin” to have detrimental effect on HIV.

“Darnytsya” firm appealed against imposition of the fine in the administrative court. A court of the first instance satisfied the claim. After this the side of the State Inspection of Ukraine on Consumer Protection in the court of appeal was represented by Andriy Buzynnyi, a lawyer of law firm “Pravova Dopomoga”.

It is notable that the lawyers of the firm together with experts of All-Ukrainian Charitable Organization “Council for Patients’ Right and Safety” prepared the expertise (text of the expertise is available for public access on the Internet) on the matters of compliance of information from the commercial with the requirements of Ukrainian legislation.

Panel of judges (three judges) of the Kiev Administrative Court of Appeal examined materials of the case as well as arguments of the parties and made the decision to vacate the ruling of the court of first instance by means of which it recognized the lawfulness of position of the State Inspection of Ukraine on Consumer Protection.

The decision of the court entered into force immediately after its announcement which took place on the 6th of June 2013.

“Darnytsya” company is obligated to pay 16 million UAH for a commercial with duration of 31 seconds which was broadcasted on the central television.

In particular, the State Inspection of Ukraine on Consumer Protection pointed out the presence of information about therapeutic effect of the drug on incurable diseases or those that are hard to treat. There was made a conclusion that the commercial provided information about guaranteed treatment effect of the drug as well as deceived consumers regarding its real features.

At the same time the greatest reaction was caused by information from the commercial about effectiveness of the drug even against HIV. Actually this was the information which served as a ground for requests about conduction of expertise on the matters of compliance of the advertisement with the requirements of the legislation in the field of advertising. This information eventually resulted in imposition of the mentioned fine.

In its claim “Darnytsya” pointed out the fact that the commercial neither included information about guaranteed therapeutic effect nor did it mention an ordinary therapeutic effect since the commercial included information according to which the drug was to be used only for preventive care (preventive care is not considered to be therapy). However the State Inspection of Ukraine on Consumer Protection insisted that the way of presentation of information was chosen so that the consumers had an impression about therapeutic effect of the drug. Besides, such word combinations as “get rid of infection”, “detrimental effect”, etc indicate the actual treatment.

The hearing included discussions of the most relevant matter which was information about HIV in the commercial. Representatives of “Darnytsya” insisted that HIV which was mentioned in the commercial was not the disease but only a virus. At the same time the legislation didn’t set any prohibitions against advertising of detrimental effect on viruses or preventive care against them. The company explained that only HIV-infection and AIDS are considered to be diseases but the commercial included no information about them.

The State Inspection of Ukraine on Consumer Protection had a slightly different opinion. According to this governmental body the audiovisual information that was presented in the commercial did not allow a consumer to differentiate HIV and HIV-infection. Such conclusion could be made based on response of the public and filed complaints which gave the rise to the process. So the advertisement could deceive consumers which is not allowed by the legislation in force.

For what is known as of today the court of appeal (in which the State Inspection of Ukraine on Consumer Protection was represented by law firm “Pravova Dopomoga”) recognized the decision about imposition of fine to be lawful and reasonable even despite the fact that the court of first instance supported “Darnytsya”. Thus, the largest fine for advertising in the pharmaceutical field is still in force. However the cassation is soon to be expected.

Everybody has learnt some lessons from this situation: pharmaceutical manufacturers, advertisers, representatives of governmental authorities. First of all we would like to pay everyone’s attention to the gaps in our legislation. The legislation sets a prohibition to mention therapeutic effect of a drug on incurable diseases or diseases that are hard to treat in advertisements but at the same time there is no legally approved list of such diseases. The pharmaceutical companies have a reason to give some thought to quality of legal analysis of their advertisements and compromises that should be made by marketing departments when dealing with demands of councils because sometimes a wish to attract maximal attention of consumers may have an opposite commercial effect in the form of fines.

The article is available in pdf format.

This material is related to service of Legal analysis of medicine advertisements. 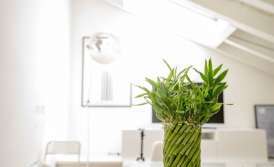 How is it right for a doctor to conclude a contract with an NCSU? 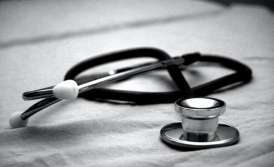 Everything you wanted to know about a medical license: the best articles for 2019