How can one enforce settlement in Ukraine? 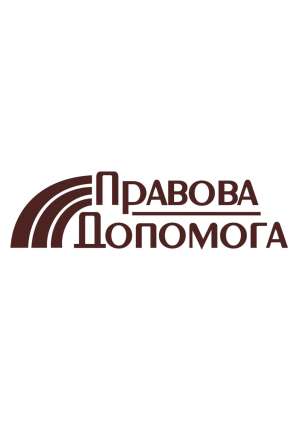 President Tedeev E.S., Ukrainian wrestling association
Ukrainian wrestling association would like to express its sincere appreciation to the team of Law firm "Pravova Dopomoga" for mutually beneficial cooperation
General Manager Stashkevych I.Y., LLC “Trading company” Rud”
We would like to indicate that law firm "Pravova Dopomoga" has become a reliable partner for legal services provision and we can recommend it as a team of qualified professionals who are easy and pleasant to deal with
General director I.Logvinenko , Bravo Airways
Bravo Airways company expresses its gratitude to law firm "Pravova Dopomoga" for high quality and timely provision of legal services.

Chief ophthalmologist of Ukraine, Oksana Vitovska, All-Ukrainian alliance of ophthalmologists
We would like to express sincere gratitute to the team of Law firm "Pravova dopomoga" and personally to Volodymyr Gurlov for professionalism and purposefulness in your work.
Partner, Denis Y. Lysenko, Vasil Kisil & Partners
... we would like to express our respect and gratitude for the fruitful cooperation.
... our work on joint projects assured us of your high level of professionalism

General director Skibinskiy V., Yokogawa Electric Ukraine Ltd.
Yokogawa Electric Ukraine Ltd. recommends Vladimir Gurlov and his team of lawyers as a reliable legal partner and advisor for foreign businesses in Ukraine...
L. Chervonyuk, LLC "Vitalux"
Vitalux company highly appreciates results of cooperation with Law firm “Pravova dopomoga”, can characterize it as a reliable partner and based on personal experience is ready to recommend it to interested persons...

Litigation in Ukraine among other things can result in settlement. Frequently such settlements are entered into in cases when parties are ready for a compromise. But what can be done if one of parties that entered into settlement avoids fulfillment of its terms? How can one coerce it to comply the terms of the agreement? We will examine different options of such coercion regarding enforcement of settlement agreement for the purposes of commercial procedure. We should mention that legal advice regarding enforcement of settlement is provided individually.

Effectiveness of amicable agreement enforcement significantly depends on the way it is formalized. From the perspective of a collector the most beneficial way of settlement formalization is to make it in the form of enforcement document which has a power of such. In order to do so decision of court regarding approval of amicable settlement must be in compliance with requirements of Article 18 of the Law “On enforcement proceedings”. Thus, it must include name and date of document issuance, name of body, last name and initials of a person that issued it; date of issuance and number of decision based on which it was issued; full naming or name of collector and debtor and other information about them; operative part of the decision; date since which the decision enters into force and the most important aspect – term within which the document can be used for enforcement.

If a court satisfies your petition and formalizes its decision about approval of settlement in the form of enforcement document then a debtor will have no way out. In this case based on Subsection 3.9.6 of clarifications of High Arbitration Court of Ukraine number 02-5/289 dated 18.09.1997 decision of a commercial court is an enforcement document is to be enforced by the State Enforcement Service of Ukraine. So if a debtor avoids fulfillment of settlement it will be sufficient to provide such decision to the bodies of the State Enforcement Service of Ukraine in order for them to initiate the procedure of coercive enforcement of court’s decision.

But very often judges refuse to formalize their decisions about approval of settlement in the form of enforcement document due to either lack of knowledge on how to do so or having no wish to bear additional responsibility. In this case collectors may apply to many unusual methods in order to make a debtor to fulfill a settlement. These agreements are added with stipulations about fines for their non-fulfillment, such agreements are demanded to be terminated through court, collectors file lawsuits about collection of money for non-fulfillment of settlement and this is not the entire list.

But as confirmed by judicial practice (in particular decision of the High Commercial Court of Ukraine number 8 / 7620 dated 12.10.2010) neither of these methods of violated right protection is lawful. Settlement is entered into by parties in order to settle a dispute and may be related only to rights and obligations of parties as well as object of a lawsuit. By its nature it does not belong to civil (commercial) agreements. Thus, settlement cannot include sanctions for non-fulfillment of its terms. Due to the fact that an settlement is not a civil agreement it is impossible to demand its termination, recognition as void or demand fulfillment of obligations stipulated by it.

The best way out in cases when settlement is not in compliance with requirements set for enforcement documents is to file a lawsuit about urging of settlement enforcement. This very way of protection was provided by Subsection 9.6 of clarifications of the High Arbitration Court of Ukraine number 02-5/289 dated 18.09.1997 and as of today it is the most effective one which is upheld by a recent resolution of the High Commercial Court of Ukraine number 10/122-09-2965 dated 09.03.2010. At the same time due to the unclear definition of term “inducing” such lawsuit should include a detailed method of its application. For example these may be demands regarding inducing of settlement enforcement by means of collection of a certain amount of money.

Another method of coercion of settlement agreement enforcement is based on Article 121 of the Code of Commercial Procedure and can be represented by a petition regarding change of means of court decision enforcement that is possible under circumstances which complicate enforcement of the decision. Ability to file such petition is supported by a decision of the High Commercial Court of Ukraine number 18/397. – 21 dated 12.10.2010.

This material was written by legal experts of law firm “Pravova Dopomoga”. It is related to service of Legal representation. 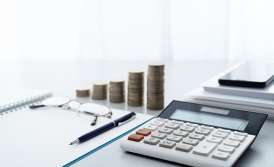 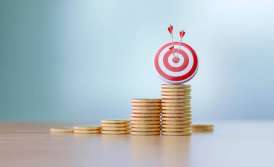