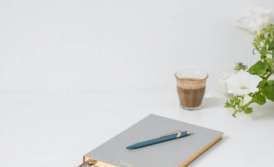 First of all, we will deal with a definition “business reputation” and legal aspects of its using. Actually, there is only one legal act where you can find it – is the Law of Ukraine “On banks and banks’ activity”. According to it, a business reputation – is information, which was collected by the National Bank of Ukraine, on compliance of legal entity’s or individual activity with laws’ requirements, business practice and professional ethics. In spite of specificity of the Law, this definition gives explanation of a business reputation. The Decree of the plenum of the Highest Court of Ukraine “On courts’ practice in cases on defeating dignity and honor of individual and also business reputation of individual and legal entity” dated the 27
th of September 2009 no. 1 is one of the most important documents in this sphere. It says that a business reputation of a legal entity, including business association, sole traders, lawyers, notaries and other person, is rating of their business, public, professional and other activity which is conducted by them as participants of social relations. We need to admit that the Tax Code of Ukraine defines a cost of a business reputation (goodwill). This is the difference between market price and balance price of enterprise’s assets as an integral property complex which is come of using better management features, dominant position on market of goods, services, new technologies etc.

The Civil Code of Ukraine defines that a business reputation is a non-material benefit which must be protected by the laws. It is important that a legal entity is able to have the same rights and obligations which can be belong only to an individual according to the Article 91 of the Civil Code of Ukraine. It matters for defeating firm’s interests in a court. The Higher commercial court of Ukraine in its letter “On some matters of practice on solving disputes which are related to using of laws about information by commercial courts” dated the 12th of November 2008 no. 01-8/676 regulates that the right to inviolability of a business reputation is related to personal non-material rights and can belong to a legal entity.

The Article 34 of the Constitution of Ukraine defines that everyone has a right to choose freely, keep, use and spread information orally, in writing or in another way – it depends on you. At the same time, there is a very important clause: conducting of these rights can be restricted for defeating a reputation. As follows, the Main Law states that there is a right for spreading information and its restriction. The right to call on the state bodies, local authorities, officials of these authorities is regulated by the Article 40 of the Constitution of Ukraine.

The Law of Ukraine “On citizens’ appeal” regulates a procedure of calling on different authorities and institutions in general. Except it, there are special legal acts which provide person’s right to call on authorities and institutions. For example, an application on committing a crime is submitted to law enforcement bodies according to the Criminal Procedure Code of Ukraine and claim on actions of the State Fiscal Service’s workers is submitted according to the procedure which is defined by the Tax Code of Ukraine.

It means that an individual has a right to call on authorized authorities with application and claims which will be considered only if they are not anonymous.

Use of the presumption of a good faith is an important matter in cases on defeating a business reputation. This clause is regulated by the Article 277 if the Civil Code of Ukraine – negative information about person is considered to be invalid unless person, who distributed it, proves the opposite. The Decree of the Highest Court of Ukraine plenary dated the 27th of February 2009 no. 1 “On a court practice of cases on defeating person’s honor and dignity and also individual’s or legal entity’s business reputation” gives a definition of a “distribution of information”. Putting information into applications and letters to other people is also related to this. So there are all reasons for defeating a business reputation in a court.

But you also should count on some legal aspects which are defined in the Decree of the Highest Court of Ukraine dated the 27th of February 2009. For example, according to the Article 30 of the Law of Ukraine “On information” nobody can be responsible for saying estimated judgments.  Estimated judgments are saying, except slanders or insults, which don’t have actual information, particularly critic or evaluation of actions and also saying which can’t be interpreted as actual information, considering character of using language tools (hyperboles, allegories, satire). Estimated judgments are not subjects of refutation and of proving. Realization of the right which is regulated by the Article 40 of the Constitution of Ukraine is the most important matter. The Highest Court of Ukraine defines that calling on the law enforcement bodies which are authorize to check information, with an application can’t be the reason for satisfying a claim even if information is not proving. However, if there is false information, there aren’t any reasons for calling on the law enforcement bodies and it doesn’t have a purpose of conducting civic duty or defeating your rights and interests then there is a liability according to the laws of Ukraine.