Why can a lawsuit be filed in court for advertising a private medical practice? How to promote your own company without breaking the law? 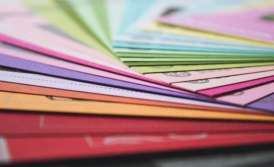 Our clients’ most common question on promotion of medical services is: which are requirements for the name of private practice?

Our lawyers examined the normative basis and the legal precedents, and they also answered the question in which cases it can be called as “clinics” and “medical centers”, and when such a positioning may provoke interest on the part of the controlling authorities.

Consequently, a health care institution can be only a LE (of any form of incorporation) that has a license and the medical staff.

Types of health care institutions that are used mostly in medical business are: a clinic and a medical center. Let us apply to clause 9 of the Order “About approval of the lists of health care institutions, doctor’s and pharmacist’s positions and positions of junior specialists with pharmaceutical education at the health care institutions”. According to this normative act, the clinic is a medical and preventive treatment institution which for not less than 50% is used for placing the structural scientific and academic subdivisions (academic departments, laboratories), higher medical educational institutions of accreditation degree III, IV, postgraduate education institutions, scientific research institutes and the collaborative work in providing the diagnostic and treatment process, training, advanced training and proficiency enhancement of medical staff and conducting and introduction of medical scientific research in practice.

In turn, under a (medical) center, the Order implies a health care institution or its structural subdivisions (early treatment centers, maternity hospitals etc.) that perform the function of an institution on organizing and providing the medical and medicated assistance for people.

Why is it important?

Violation of advertisement norms according to law

That is, when you use incorrectly the names of health care institutions in your name, your actions can be considered as unfair business competition in regard to other legal entities.

Also, pursuant to part 1 of Article 151 of the said Law, the distribution of deceptive information is economic entity’s communicating, directly or through some other person, to one person, several persons or to the public (including in advertising), the incomplete, false, inaccurate information, in particular due to the selected way of stating it, due to concealing single facts or due to vagueness of formulations which influenced or may influence the intentions of those persons in regard to purchase or sale of goods, works, services of that enterprise.

While placing the advertisement with an incorrect name, you might mislead the consumers.

The government authority which may apply sanctions is the Anti-monopoly Committee of Ukraine. Namely it controls the actions of economic entities for them to keep with the corresponding laws.

In turn, in accordance with Article 48 of the said Law, upon the results of the consideration of a case on violation of the law about protection of economic competition, the authorities of the Anti-monopoly Committee of Ukraine take the following decisions:

There are relevant legal precedents in this regard.

What situation can be?

In that case, the court took the position of the Company and sustained their claim about violations of the law about protection of economic competition. Their decision was taken based on the assumptions and the probable perception of the word “Clinic”.

The decision of the Anti-monopoly Committee of Ukraine does not contain single evidence which could be the reason for solving the case, either. The judge also took into consideration the expert examination which had been conducted by specialists of the council of science and legal expert examinations at the V.M. Koretsky Institute of State and Law of the National Academy of Science of Ukraine. It was stated in the expert examination that the word “Clinic” in that case as a common word.

Based on such a decision, the owners of the medical business could have a sigh of relief, since there are legal precedents in their favor.

But there is an important detail in this case which may have highly negative consequences. 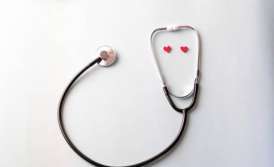 Funding of medical institutions during the war from charitable organizations 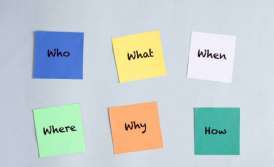