Land tax for payer of a single tax: position of Ukrainian Tax Service 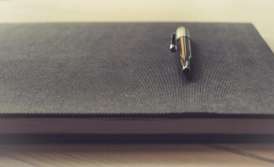 Year of 2012 became notable due to activities of the State Tax Service regarding detection of land tax non-payment facts. Many entrepreneurs received letters with requests to provide information about land tax for the last three years. Analysis of this kind of requests showed that this position of the Tax Service is not as smooth as it seems. And until the end of the year the State Tax Service of Ukraine personally provided a number of clarifications which helped business entities and single tax payers in particular.

Among other things it was necessary to interpret provision of Clause 4 of Subsection 297.1 of Article 297 of the Tax Code of Ukraine according to which single tax payers that used their land plots for conduction of business activities were exempted from payment of land tax. In particular it was necessary to clarify whether rental of a land plot could be considered as usage of land for conduction of business activities.

The first thing that should be pointed out is that there are general limitations regarding real estate rental, including land plots. Clause 291.5.3 of Subsection 291.5 of Article 291 of the Tax Code of Ukraine provides that rental of land the total area of which exceeds 0.2 hectares deprives of the right to be taxed under simplified system of taxation. This is why a decision about imposition of land tax must be based on the abovementioned limitation.

Article 796 of the Civil Code of Ukraine provides that rental of a building (construction) includes provision of a land plot that is required for maintenance of such building. At the same time a contract may include stipulations about specific areas of land plots, procedure of its allocation and use. It is especially relevant when a part of a building (construction) is rented and the driveways to it, parking spaces, technical areas, etc. are common. If the contract does not stipulate such things then based on general rule it is considered that a tenant have the same rights as a landlord that are related to use of the land. In any case the amount of rights must reach the extent which is required for normal use of rental object in compliance with its purpose. Also it should be noted that Article 797 of the Civil Code of Ukraine provides that rent which is paid by tenant of a building (construction) or its part consists of payment for use of the very building and payment for land use.

It is notable that back in March of 2012 the State Tax Service of Ukraine supported a different position. Thus, its letter number 6535/7/17-3217 dated 06.03.2012 specifies that if according to a state land certificate a land plot is owned by an individual (instead of sole trader) then it is required to pay the tax. Imposition of tax is performed by bodies of the State Tax Service of Ukraine that send tax violation notification letters to a taxpayer until the 1st of July of current year and it the land tax is paid within 60 days since the day when the tax violation notification letter was received. However in its Generalized tax clarification dated 23.11.2012 as well as letter number 3279/0/141-12/С/17-3214 dated 13.12.2012 the State Tax Service of Ukraine states that both sole traders and individuals can be registered as owners and it does not result in necessity to pay land tax.

This comment on legislation was prepared by lawyers of law firm “Pravova Dopomoga” within practice of Taxation.