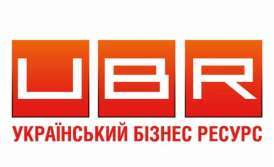 Andriy Begmenko, lawyer of our firm gave an interview for UBR.UA about perspectives of gas conflict settlement by the Stockholm Arbitration.

Parts of this interview are available on websites of TSN, YURLIGA and other news and legal portals.

Unabridged text of the interview (translation):

The longer gas related negotiations between Ukraine and Russia last and the closer negotiators from both sides bring this situation to the dead end the higher is the possibility of this issue settlement by the Stockholm Arbitration. Politicians on the side of opposition keep saying that the claim to court had to be filed long before “Kharkiv agreements” of 2010. They say that in this case Ukraine wouldn’t give the Crimea to the Fleet of Russian Federation and Stockholm Arbitration would have made the decision related to gas dispute until now. Politicians who represent the government insist that the situation should not be settled in court. They say that the issue related to signing of new gas contracts between Ukraine and Russia will be solved during negotiations.. Perspectives of gas conflict settlement by the Stockholm Arbitration from legal point of view rather than political one were discussed by UBR.UA and lawyer Andriy Begmenko.

UBR.UA: Each round of negotiations between Ukraine and Russia brings settlement of this conflict to the dead end. Politicians from different camps and even the Prime Minister of Ukraine Mykola Azarov have already made statements that the issue can be solved only by means of filing a claim to the Stockholm Arbitration. What is the possibility of this from legal point of view?

A.B.: Stockholm Arbitration is the only legitimate legal mechanism of gas conflict settlement. This statement is based on the fact that Section 8.2. of the Contract stipulates that Arbitration Institute of the Stockholm Chamber of Commerce is the place where all disputes which arise from “gas contract” are settled. In this regard, from legal point of view this is the way to make a decision that will be accepted by both Parties even if it does not satisfy one of them.

UBR.UA: As of today both Russia and Ukraine can file a claim to the Stockholm Arbitration. And which side according to the contact is right?

A.B. Statements of politicians about arbitrary settlement of the issue are both a peculiar way to put pressure and simple statement of course of actions. Because according to stipulations of the Contract a Party can initiate negotiations about amendments to terms of contact if situation on the market of fuel and energy significantly changes. If negotiations do not result in compromise after 3 months, the interested Party can provide the dispute to be settled by the Stockholm Arbitration. Obviously the National Joint-Stock Company “Naftogaz” has already initiated negotiations however it can achieve no compromise. Therefore filing a claim to Arbitration will be absolutely lawful after 3 months.

UBR.UA: Some experts of energy market make statements that it is pointless to take the dispute to the Stockholm Arbitration after Kharkiv Agreements were signed in 2010. Is it so?

A.B.: The experts probably took into consideration some economic aspect but from the legal point of view signing of Kharkiv Agreements in 2010 cannot anyhow influence settlement of the dispute by the Stockholm Arbitration. First of all in this situation it must be considered that the gas Contract was signed between two business entities and Karkiv Agreements – between states. The 100 dollars of discount (or one third of the price) provided by the Agreements does not depend on appeals against some provisions of the Contract in general. The discount was provided for actual enforcement of Kharkiv Agreements related to the Black Sea Fleet. If the Contract is recognized as void the stipulation of the Agreements about the discount will simply lose it financial meaning.

UBR.UA: A number of European companies managed to achieve discounts for gas though both court decisions and negotiations. What stipulations of the current Contract can be used by Ukraine to achieve the same “effect”?

A.B. In order to amend provisions of the current Contract Ukraine can use at least three paths. The first one is negotiations with further yielding of “state interests” in exchange for lower price and/or amount of gas supplies.

The second path is litigation. Ukraine can easily file a claim to Ukrainian court. The stipulation about the Stockholm Arbitration can be avoided if the claim is filed not by a Party of the Contract but by a third one. For example it can be any body of the state. While being a little “wicked” such practice already exists (and it is related to less serious issues). The other thing is that this will cause even greater conflict with Russia. And it is doubtful that Ukrainian government will take such step.

The third solution of the gas issue is arbitration. At the same time this variant can be divided into two. The first one is the most loyal to Russia: dispute based on grounds stipulated by the very Contract (significant changes on the market). The second one is more aggressive. It is recognition of the Contract or its parts as void. In this case it should be taken into consideration that in accordance with the Contact legal relations between the Parties are regulated by substantial law of Sweden and grounds for voidance recognition should be looked up either in Swedish legislation or international acts. In particular current law of Sweden related to contracts provides that a contract can be recognized as void if it is proved to be signed under pressure or as the result of deception (fraud) or as the result of difficult circumstances. This is quite applicable to gas situation if we take into consideration circumstances of the Contract signing and generally monopolistic position of the Party on the market.

UBR.UA: The problems in gas negotiations are caused not only by high price which Ukraine demands to review but also by the amount of the gas sold. Russia threatens Ukraine with penalties if Kiev takes only 27 billion cubic meters of gas instead of 53 billion stipulated in the Contract. Can we avoid these penalties and what reasoning must be provided for this, for example in the Stockholm Arbitration?

A.B. If the Arbitration recognizes provision of the Contract as onerous comparing to the contents of the Contract and circumstances at the moment of drafting it must be recognized as void. Based on this ground we can “struggle” at least for decrease of the amount of obligatory minimal purchase.

This publication is related to firm’s Litigation practice.