Protection of rights in the European Court of Human Rights: documents and procedure 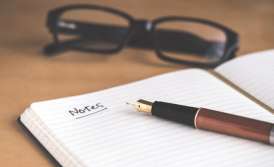 2. Situations in which it is possible to apply to the ECHR

You think that your rights and liberties that are provided by the Convention and its protocols have been violated.

You think that violations of your rights and liberties that are provided by the Convention and its protocols have been caused by a state for which the Convention is in force.

You can file a complaint only regarding violations that a particular state authority can be liable for (administrative body, legislative authority, court, etc.). You cannot file a complaint against actions of individuals or non-governmental organizations.

You must have used all the remedies in the state concerned that might have been able to redress the situation you are complaining about.

3. Requirements that one has to comply with when filing his complaint to the ECHR

Terms that are set for lodging of complaints to the Court


Correspondence with the Court

Payment (fees) for applying to the Court

4. Form and content of complaint that is filed to the ECHR

3. Indication of the Convention rights you think have been violated.

Other decisions (chronological list of decisions, their dates and types and bodies which made the decisions).

5. Description of matter in controversy.

6. References to any other international organizations which had heard or are hearing the case.

7. List of attached documents (you send only copies of documents; do not bind documents by stapler, glue or in any other way).

8. Address, date and signature of an applicant or his representative.

5. The main stages of process that a complaint undergoes in the ECHR

1.1.You filled out application form and sent it to the Court.

1.2. You listed your demands in a regular letter and sent it to the Court. The Court can declare your complaint to be admissible. After this you will receive an application form to provide additional information.

2. When the form is received it will be registered and provided for the Court’s consideration.

3. СThe Court will send your complaint to the Government of you country with a request to provide comments regarding its admissibility.

4. Comments of the Government will be sent to you. You will have to respond to them.

5. The ECHR decides whether or not you complaint is admissible.

6. If your complaint is declared admissible, the Court will encourage you and the state concerned to reach a friendly settlement.

7. If no settlement is reached, you and the state concerned have to provide comments on the case or notify about additional details of the case.

8. The case is heard and the decision is made.

9. The concerned state is obligated to execute the decision. Execution of the decision is supervised by the Committee of Ministers of the Council of Europe.

More than 150 of our complaints have been already accepted by the European Court of Human Rights 1, 2.

The European Court of Human Rights. Service: drafting a complaint and comprehensive protection