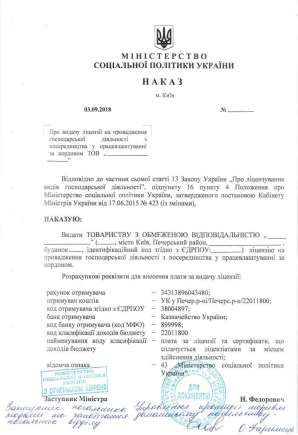 Chief ophthalmologist of Ukraine, Oksana Vitovska, All-Ukrainian alliance of ophthalmologists
We would like to express sincere gratitute to the team of Law firm "Pravova dopomoga" and personally to Volodymyr Gurlov for professionalism and purposefulness in your work.
Partner, Denis Y. Lysenko, Vasil Kisil & Partners
... we would like to express our respect and gratitude for the fruitful cooperation.
... our work on joint projects assured us of your high level of professionalism

L. Chervonyuk, LLC "Vitalux"
Vitalux company highly appreciates results of cooperation with Law firm “Pravova dopomoga”, can characterize it as a reliable partner and based on personal experience is ready to recommend it to interested persons...
General Manager Stashkevych I.Y., LLC “Trading company” Rud”
We would like to indicate that law firm "Pravova Dopomoga" has become a reliable partner for legal services provision and we can recommend it as a team of qualified professionals who are easy and pleasant to deal with
General director Skibinskiy V., Yokogawa Electric Ukraine Ltd.
Yokogawa Electric Ukraine Ltd. recommends Vladimir Gurlov and his team of lawyers as a reliable legal partner and advisor for foreign businesses in Ukraine...
G. Zeynep Kucuk, SANOVEL ILAC SAN. ve TIC. A.S.
Helped with the liquidation of a foreign representative office in Ukraine

In October 2018, a Client applied to our company who  had intention to get a license for mediation in employment abroad.

What problems were to be settled?

The Client had a foreign economic agreement, already signed, with a foreign partner, and also a draft of a labor agreement, certified by a foreign employer who stayed in Latvia. The Client was sure that since such agreements had been developed according to requirements of the Latvian law, they should be suitable for purposes of getting a corresponding license in Ukraine, too. But it should be noted here that the license is obtained based namely on requirements of the Ukrainian and not of the international law. Besides that, the licensing authority got its own view and interpretation of legislative regulation, and thus – the own practice of consideration of documents submitted for getting the above-mentioned license.

Besides that, the Client wanted to get a license as soon as possible, and the guarantee of getting a license within a month (for an extra fee, this period can be reduced to two weeks) in our proposition got him especially interested. He had not met lawyers who guaranteed the period of getting a license, but they just have approximate time of getting it.

Result of analysis of documents

After preliminary legal analysis of documents provided by the Client it turned out that they have some faults indeed. In particular, the draft of the labor agreement did not contain provisions about procedure of employee’s returning home which are provided by the Law of Ukraine “About external labor migration”. This meant that the Ministry of Social Policy of Ukraine would leave such documents automatically without consideration. The Client rejected our lawyers’ suggestion of using a template of the typical bilingual labor agreement developed by us, motivating that the foreign partner would sign only his agreements. Then, as an alternative, we suggested the Client completing his agreements which was a more expensive service, however feasible in a number of cases.

The lawyers noted, too, that the Client’s company had not opened a current bank account yet. We knew that starting from the end of September, the licensing authority began leaving without consideration the applications without current account. That position is not based on any specific norms, but it influences significantly the deadlines of getting a license. So we informed the Client about that and suggested him opening an account before submitting documents for a license.

Settling the situation with a foreign economic agreement

On the grounds requirements of the licensing authority and of the law, our lawyers developed the necessary provisions which were missing in the documents. The corrected draft of the labor agreement and foreign economic agreement caused some questions on the part of the Latvian employee. But with our help, the Client explained him that without changes we made he would not manage to get a license for mediation in employment. Then the Latvian partner made concessions, because in fact there was nothing that would restrict employer’s rights in those agreements.

When the documents signed by the foreign employer arrived from Latvia in Ukraine, our specialists submitted them to the licensing authority together with other documents signed by our Client. Not later than one month after the day the Ministry of Social Policy of Ukraine received the document, a decision was taken about issue of a license for mediation in employment abroad for our Client.

This case demonstrates that professional lawyer’s participation is necessary for quick passing the procedure of getting a license, since that procedure has essential features (for example, requirements concerning availability of an account) that are specified in no normative act. Our specialists work not just on preparing the required package of documents, but they carry out a profound analysis of the Client’s situations, suggesting optimal ways of solving these or those situations and providing the guaranteed quick reaching of the set goals.

If you are interested in getting a license for mediation in employment abroad, for details of cooperation you can apply to our specialists. 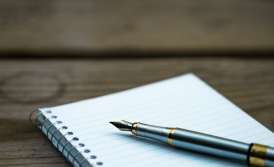 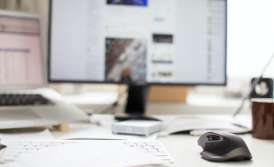