Obtained pharmacy license in accordance with new regulations in 2017 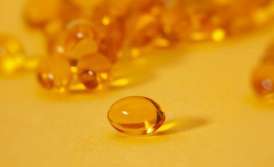 In December of 2016 our law firm was contacted by our regular Client who already had a license for sale of medicines (a drugstore license) and wanted to open one more pharmacy branch. By that time, he had prepared the premises and hired all necessary staff, so it was necessary to make everything possible so that the information about the new pharmacy appears in the license register and the Client could start its business activity in the shortest possible time.

However, just at that time, namely, on December 20, 2016, new licensing regulations for the production, wholesale and retail trade in medicinal products and import of medicinal products entered into force. And the next day we had to submit documents to the State Service of Ukraine on Medicines and Drugs Control. You can read about the peculiarities of the new licensing regulations here.

One of the new requirements that directly affected the package of documents to be submitted to the licensing authority in order to obtain the drugstore licence was to provide a document confirming that the licensee’s activity is not controlled by a certain group of persons. Unlike other documents, which have an approved form that can be downloaded from the licensing regulations, the abovementioned document should be a plain-text information. In practice, however, it is known that the document of a free form gives officials the discretions to accept documents or to refuse to issue a license.

Given the fact that the practice of preparing and filing such documents hadn’t been established yet, our company’s lawyers decided to use a sample of such a document, which they used to obtain another license at another licensing authority. As practice has shown, this was the right decision - the employees of the licensing authority did not raise any comments on the package of documents. The inspection of the drugstore was scheduled within the timeline established by law. The Client had successfully passed the inspection, and got the information about his new pharmacy included in the license register within the shortest possible time.

We do not undertake the obligation to obtain a license from the first attempt under the legal service agreements with our Clients, as our more than 10 years’ experience shows that such guarantees can’t be systematically fulfilled. However, we understand that all our Clients expect that they will receive a license on the first try. Therefore, we always monitor all changes in the legislation and practice of the licensing authority, providing our Clients with the highest possible level of service.

So in this particular case, thanks to smarts and considerable experience of our lawyers, which is not limited to licensing of pharmaceutical activities, but also extends to other industries, the Client had not experience the uncertainty that was brought by amendments to the licensing regulations in the first days.

We would like to emphasize once again that it was one of the first pharmacies opened under the new licensing regulations in Ukraine. 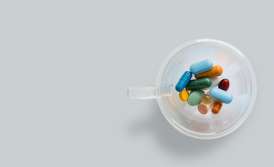