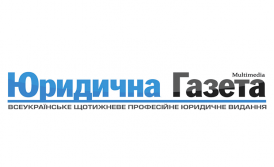 The article was published in number 46 dated the 13th of November 2012.

Full text of the article (translation from Ukrainian):

To appeal a tax audit report it is necessary to follow two mandatory conditions.

Just as the business adapts to new conditions of tax regulation and doesn’t get tired to use all possible legal ways of tax optimization tax service permanently implements countermeasures against such adaptation. That's reasonable explanation to the fact that while the number of claims for appeal against actions of tax authorities rises the authorities are frequently practicing the delay in imposition of tax violation notification letter. The explanation is simple: if there is no notification there is no object of appeal! But not everything is so simple.

In fact eight out of ten lawyers will ensure you that appeal of actions of tax authorities which are reflected in an audit report but not supported with tax violation notification letter is a hopeless case. Indeed litigation shows that such claims are mainly rejected and points out that the report of audit findings is an inner document which does not have power as a decision of tax authorities and therefore does not pose any legal consequences and cannot be heard in administrative court (Resolution № K-16536/07 of the High Administrative Court of Ukraine dated 28.10.2010). However an appeal of tax authorities actions before issuance of tax violation notification letter is not a whim of a business entity but a necessary procedure because it turns out that this "inner document" does create negative consequences. Moreover not only for the company that was audited but also for its contractors.

So are those eight out of ten lawyers right and what can be proposed by those remaining two?

According to the Tax Code the results of documentary audits are issued in the form of an report (in case of violations detection during the inspection) or certificate (in case of non-infringement).

Report is an official document confirming the fact of documentary audit of financial-economic activities of a taxpayer and is a carrier of evidence on tax violations, violations of currency and other legislations which are supervised by the State Tax Service of Ukraine. At the same time a rather vague concept of "carrier of evidence" is rather widely interpreted in the Order on formalization of results of documentary audits on compliance with tax, currency and other legislation (Order of State Tax Service of Ukraine N 984 dated 22.12.2010). This Order indicates that the report of documentary audit must include a systematic presentation of revealed during the audit violations of tax, currency and other legislation. In other words the report is a document that describes a violation and therefore it is at least illogical to deny the existence of negative consequences for a taxpayer.

The Tax Code provides an opportunity to appeal the conclusions of an audit or facts contained in the report of an audit by filing an objection to the State Tax Service at a place of registration of such taxpayer within five business days from the moment of the report receiving.

Is it a common practice when a tax authority considers objections of a taxpayer and adjusts audit results? Generally fiscal ideology of a tax authority does not allow adjustment of an audit results based on consideration of objections. During an audit tax authority shall notify the supreme body of the State Tax Service about approximate additionally imposed amount of taxes; inspectors attend hearings and report on the progress of an audit. Thus reducing the size of additionally imposed taxes based on the results of considering objections will automatically lead to an official investigation by the Department of interior security of State Tax Service body of a higher level and hence discipline penalties, reprimands, reduction of wages, dismissals. However there is a positive practice since tax authorities consist of ordinary people who have a right to make a mistake.

Therefore submitting objections it is worth to remember that first of all the objection is filed within 5 working days after the receipt of the report. Secondly there is no set form of objection so therefore it should be written in any form. However one should be aware of the requirements established by the Law of Ukraine "On Public Appeals." Thirdly if a business entity decided to participate in the consideration process of tax objections it must be directly stated in the objection. Fourthly the objection is to be considered within 5 working days from the day of its receipt. And finally the objection must contain alternative, essentially new arguments that were not provided during an audit.

It is necessary to remember that officials who conducted an audit as well as the head of Tax Service body will not recognize mistakes that were made by them during organization and conduction of audits. But very often lack of primary documents is the basis for imposing of additional tax liability. However tax inspectors commonly do not think about how they will prove this statement during administrative appeal or litigation. So one should take care of the evidence which would indicate that during an audit a taxpayer presented all the primary documents for inspectors.

Thus the objection to the report of an audit is an important procedural step because it is an additional opportunity to submit explanations and proof of legality of your position which for some reason could not be included during the audit. Therefore one should not neglect this opportunity provided by the legislation. Also this is another chance to capture a violation of procedural law by tax authorities that during further resolution of the case in court may help to win. Though of course a refusal to accept objections by Tax Service won’t become an argument for a positive outcome of the case.

The Tax Code does not contain any other opportunities to appeal the report except for the objection because the report does not belong to the State Tax Service documents that have appropriate legal power and by analogy with the order of the head of State Tax Service body does not fall under the definition of "any other decision" within the meaning of Articles 55 and 56 of the Code (letter State Tax Service of Ukraine № 2096/6/22-2314/155 dated 26.09.2011).

Therefore when there is a need to appeal the actions of tax authorities before the date of tax violation notification letter issuance the claim must be formulated in such way so that unlawful actions of tax inspectors would become the subject of appeal with obligatory indication of what negative consequences for the taxpayer have already occurred.

Rare the litigation practice in this aspect is however eloquent - it clearly allows to see the position of courts as well as vectors of court defense. In particular the resolution of Mykolayiv Regional Administrative Court dated 23.04.2010 in case number 2a-1404/10/1470 states that “although after the conducted audit and issued report defendant did not send a tax violation notification letter its findings affect not only the legitimate interests of the plaintiff but may entail negative consequences including in future.”

Negative consequences in particular may arise in such form when conclusions of tax authorities on considering agreements void can lead to failure of their obligations by counterparties under the concluded agreements with the taxpayer. This as follows can lead to the inability of the taxpayer to pay to suppliers, pay salaries to employees, pay taxes, fees, mandatory fees and so on. In addition the tax inspection while keeping gross income and tax liabilities does not recognize tax credits and deductible costs of contractors and various inspections impose additional taxes for them which are actually a double taxation. This became possible because the defendant (inspection) sent electronically a copy of the report with the relevant conclusions to other tax inspections.

Thus in this case the court clearly came to determination of conclusions presentation consequences in the "inner document" on violations of tax legislation by a business entity. This is the position that should be taken by a potential plaintiff while formulating claims. Also taking into consideration the fact that the burden of proof in administrative process lies on state authorities plaintiff should demand data from the electronic database about corresponding tax obligations. If the data is electronically available the representatives of tax authorities will probably either provide no response or will give unclear written statement. According to the latest litigation even absence of response will be beneficial for a business entity as it will be considered that the authority failed to prove its rightness.

In particular the decision of the District Administrative Court of Kyiv dated 02.07.2012 in case number 2a-12309/11/2670 (decision upheld by the Kyiv Administrative Court of Appeal 18/09/2012) stated that a representative of the defendant (tax inspection) provided oral explanation that upon the audit of the plaintiff neither the declared tax obligations nor tax credit were lowered. However the court demanded relevant documentary evidence which was not provided. In this regard the court found the position of defendant to be unproven and granted the petition.

The material is closely related to “Taxation” practice areas of our firm. 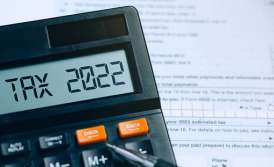