Small moratorium on inspections of small business in Ukraine 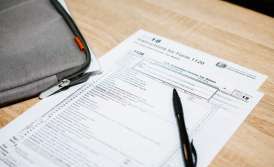 Having no skill and/or wish to deal with facts of illegal inspections conducted by Ukrainian controlling authorities, the government throws a “bone” to business called moratorium on conduction of inspections. Another such moratorium was recently introduced along with entry into force of the Law “On amendments to the Tax Code of Ukraine and some other regulatory acts of Ukraine related to improvement of some provisions of the Tax Code of Ukraine”. And even though chances of this moratorium application are quite limited, it will be quite suitable for some types of inspections.

The moratorium applies only to inspections of sole traders that are not registered as VAT payers and legal entities that are taxed under 10% turnover single tax which provides inclusion of VAT. So neither middle-market business nor big business will be able to avoid inspections.

Term of the moratorium is not extensive as well. It will be applied until provisions about simplified system of taxation enter into force. Taking into consideration the fact that Ukrainian Parliament is planning to adopt a corresponding law during the nearest fall session, the moratorium should be understood as a short period of rest rather than permanent peace for which the authorities will have their revenge later on.

But even this short term moratorium on inspections of small business will not be absolute. It is applied only to inspection performed by those bodies activities of which fall under action of the Law “On main principles of state supervision (control) in the field of economic activities” as well as actual inspections on the side of tax authorities. Thus, scheduled and unscheduled tax inspections as well as inspections of bodies activities of which are not regulated by the Law on state supervision (there are more than ten of such) will not fall under action of the moratorium.

However even such moratorium that is insignificant regarding parties and field of application can be useful. From now on each sole trader and each legal entity taxed under simplified system of taxation with 10% rate of single tax may deny conduction of actual tax inspection. Those that do not belong to high risk level (risk levels are defined by the Cabinet of Ministers of Ukraine for each specific type of inspection) can object against conduction of license inspections and inspections in the field of fire safety and other “state supervision” inspections as well as inspections by the Sanitary and Epidemiologic Service, bodies of consumers rights protection and the Pension Fund of Ukraine except for the cases described above.

This material was prepared by lawyers of law firm “Pravova Dopomoga” within Taxation practice. 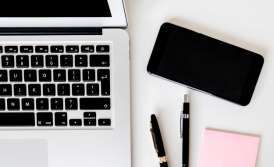