The new law on charity in Ukraine: Opportunities, Perspectives and Risks (2013) 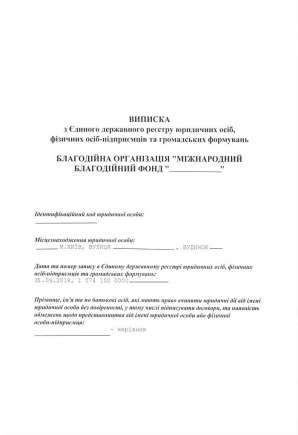 Palyonko O., Сaritable organization "International charitable fund"My native village"
I was convinced that the principle “We treat every client as a single one” indeed applies to this firm and is not just a loud motto...

It is available on website of the portal under the link http://kontrakty.ua/article/59266.

Unabridged text of the article (translation):

It is also worth mentioning that territorial status of charitable organizations has been cancelled. In order to conduct activities on all-Ukrainian level it is no more required to create branch offices in majority of regions of Ukraine.

Charitable organizations most likely will be entitled to become a guarantor or mortgagor in loan contracts, making loans and credits from donations. This is due to the fact that Section 2 of Article 23 of the law on charity prohibits such actions only regarding members of charitable organization’s management board. This provides an opportunity to make loans and credits to other persons.

The new law does not provide requirements for a receiver of charity to be a person in need of such. Previously such requirement was included to the definition of charity receiver. From now on the receiver can get charity for any lawful purposes in all fields of charitable activities. At the same time the latter include in particular stimulation of economic growth and development of economy of Ukraine and its particular regions as well as increase of Ukrainian competitiveness. Thus, from now on charitable organizations can provide charity to enterprises which is aimed at economic growth and competitiveness.

The new law also does not include requirements about accounting of funds for economic and charitable activities that are on separate bank accounts. Attention should be drawn to provisions of Section 2 of Article 6 of the Law that allow a philanthropist to get back the funds of charity grant in the form of refundable financial aid if such grant was not used in accordance with its intended use during the term defined by the charity. This may help one to withdraw funds temporarily in order to reduce tax obligations during a certain accounting period with further return of these funds.

Stricter requirements for management of charitable organizations are most likely intended to remove such misuse.

The abovementioned unclear legislative regulations may have critical consequences. This is due to the fact that in accordance with Section 2 of Article 27 of the law it is possible to terminate activities of any charitable organization through court proceedings initiated by a lawsuit of any interested person if use of its assets violates the Law’s provisions during the period of at least 12 months. Taking into consideration the fact that Ukrainian legislation does not provide clear requirements of assets use and interested person may be represented by any person, we have a situation when a constant threat of coercive liquidation is just like a sword of Damocles which hangs over charitable organizations.

If you have any questions, feel free to contact our Kiev law office. 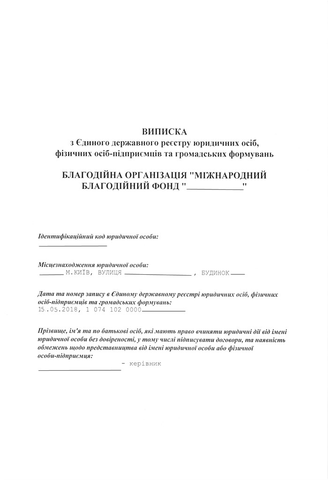 Can the charitable foundation accept donation in Ukraine in cryptocurrency?