Amount of penalties for tax law violations in Ukraine 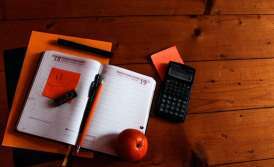 The state can set penalties for tax law violations depending on needs of the budget. We prepared the legal advice on this matter.

Penalties for violation of taxation regulations must be imposed in the amount provided by the tax Code of Ukraine that is in force at the moment of their application and not at the moment when a wrongdoing was committed despite whether it decreases or increases liability of a person by such means.

Such specific position of the High Administrative Court of Ukraine seems not only to “unify” judicial practice regarding this issue but also to bring an end to disputes related to “one hryvnya” fines, provide greater significance to the moment of commitment or moment of violation detection, etc.

Briefly end of the disputes is quite disputable. When having a more precise look at the issue one can see that the High Administrative Court of Ukraine decided to apply principle of law’s retroactive action in a very uncertain manner. The principle is known since the time of the Roman law and can be understood even by a high school student during classes of legal science. It provides that only the law which decreases or cancels liability of a person can have retroactive action. From now on it has different interpretation. The High Administrative Court of Ukraine decided that in case if a doing was considered an offence under both the previous law (the one that was in force at the moment when such doing was committed) and a new one than one should be face a sanction that is in force at the moment of punishment.

Such a position was stated in the Letter of the high Administrative Court of Ukraine number 2198/11/13-11 dated 24.11.2011. On the 6th of August 2011 the Law number 3609-VI adopted on 07.07.11 entered into force and included such clause in the Tax Code of Ukraine: “Financial penalties (fines) which result from inspections performed by controlling authorities are imposed in the amounts provided by the law that is in force at the moment when decision regarding imposition of financial penalties is made (taking into consideration provisions of Clause 7 of this Subsection)”. Based on it as well as the phrase about the fact that a law can directly provide retroactive action to regulations that was taken out of context from the decision of the Constitutional Court of Ukraine number 1/99-rp dated 09.02.1999, the High Administrative Court of Ukraine made an unambiguous conclusion that since the 6th of August 2011 tax authorities are obligated to impose only those fines that are in force at the moment of their imposition.

Lawyers of our firm have found at least two inconsistencies of the position taken by the High Administrative Court of Ukraine. The first fact is that the constitutional principle of retroactive action of a law consists of two elements: if it cancels liability and if it decreases it. The High Administrative Court agrees on the first one by repeating several times in its letter that only if both laws provide the identical offence it is possible to apply a sanction. If a new law provides different elements of tax offence, a new law is not applicable to doings committed prior to this.

But the position of the High Administrative Court of Ukraine regarding the second element is absolutely unclear since even if a new sanction has identical elements of offence but provides more severe liability – it cannot be applied to offences committed prior its enactment. Otherwise we will see direct violation of provisions of the Constitution which sets decrease of liability.

At the same time reference to the Decision of the Constitutional Court of Ukraine has nothing to do with the situation. And this is the second inconsistency. In its decision the Constitutional Court of Ukraine states that constitutional principle of retroactive action of laws that decrease or cancel liability can also be applied to legal entities. In order to be applied in such manner the provisions must be directly provided by a legal act.

Thus, the High Administrative Court of Ukraine showed its vision on defining of fines for tax violations by means of unclear interpretation. It however shows a fiscal position of the state but there is nothing we can do about it. But this is not the worst consequence. Such approach can quite possibly create a situation when some violations can become of mass-nature (for example issue related to inclusion of expenses to previous periods) during such an uneasy times of taxation system formation.

But it won’t be difficult for tax authorities to convince the legislator to make sanction for such violation more severe, after detection of such mass violations but prior to issuance of tax violation notifications regarding.

The material was prepared within firm’s Taxation practice.